October 22, 2010
The rainforest in Trinidad is rich in diversity and relatively accessible. This makes it a great place to visit, and I have seen agoutis, snakes, deer and even a rare ocelot in the wild there. 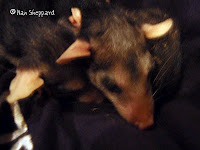 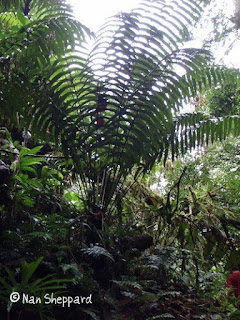 From the Trinidad and Tobago Action Group on Wildlife Hunting:


"Wild meat is valuable in Trinidad and Tobago. At present the cost of some species (e.g. wild hog) is over $100 per pound. These high prices provide an incentive for illegal hunters and commercial hunters to harvest as many of these animals as possible for sale. Such hunting is clearly for financial reward and not for recreation.

This commercialization of wildlife is a death knell to these animals, because as with any commodity, as the animals become scarcer the price of the meat goes up. This increase in price creates a greater incentive for commercial hunters to hunt these animals, and further reduces the size of the game population. This is what biologists call an extinction vortex. Eventually the animals involved in such commercial trade become extinct.

Such a scenario is not hypothetical, but has happened the world over with unrestrained hunting of commercially important wildlife. Classic examples include the Passenger-pigeon and Heath-hen in the United States. Closer to home, in Trinidad and Tobago, this scenario has already been played out with most of the seed-finches (e.g. the bullfinch which now costs between $4,000-$8,000), which are already so rare that they are virtually ecologically extinct.

The only way to prevent our game mammals from descending further into this commercially-fuelled extinction vortex, is to remove the financial incentive to hunt them. Such an approach is not novel as such bans on the commercial trade in wild game have been in places like the US since the last century. Hence, we are calling for a ban on the commercial sale of wild-meat in Trinidad and Tobago.

A ban on commercial hunting is the first step to ensuring hunting can continue in a sustainable way, in order for our wildlife to be enjoyed by recreational hunters and wildlife enthusiasts alike.

We urgently need your signature and your help in spreading word of this petition. Please leave a comment - it will give even more weight to this petition"


Please visit Go Petition to sign. This concerns not only Trinis, but everyone. Our new government is listening! 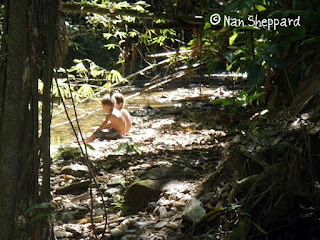 Anonymous said…
Ugh! How can people even THINK Of doing such a horrible thing to those animals and that special environment?
22/10/2010, 17:22

Grandmother Mary said…
You know you have my attention on this matter since my daughter, her husband and my grandchildren live there. Thanks for the heads up.
25/10/2010, 12:14