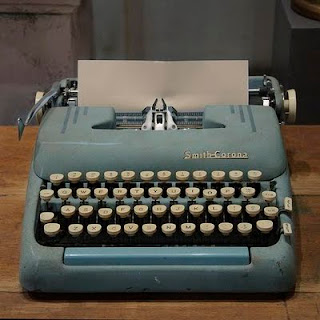 This is not your average "Work through it" creative block, it's a "That was the week from hell" one. There are many changes going on here, the majorly major one being Margo, who needs more care and will have to move on from her lovely warden-assisted flat. Soonish. Luckily, Mum is around and we are giving each other moral support.

Whatever we decide to do, Margo will NOT BE IMPRESSED. Moving is stressful for anyone, but when you're ninety-four it's, well, I'm not going to write those words.

As I will not be Margo's main carer any more, my time will be much more flexible. I will have more of it. I am looking forward to that and trying to make a sensible plan. Also the charity I work for is wrapping up local operations, maybe, and DECISIONS need to be made, and no-one wants to make them. Meeting tonight to discuss. Sad to see the end of this (if it IS the end) but I learned some great stuff in my role as Advertising, Publishing, Printing and Editing person. So that's two endings coming up in the foreseeable future. Hmm.

Other week from hell things have been going down, from every conceivable angle. Universe, if there is an angle I haven't conceived of, please don't feel you have to point it out, K? It's been a hard time for the boys, for several reasons. Chas and Sam have a really full school day and Sam has not been pulling his weight homework-wize, so I have to be all Dragon Mother now and password protect his computer and hang over him and quiz him on things. Not my style. It's a daily battle. Chas has been growing so fast that he has literally grown out of everything twice and has Osgood-Schlatter's Syndrome where his leg bones are growing painfully faster than the tendons. His knees were swollen up like weird things. It's getting better, but for a boy as active as Chas it's really hard to have to slow down and take it easy. Also, hormones everywhere. Sam too. It's so hard being that age!

(Osgood-Schlatter hint for very active teens: We got him a doorway pull-up bar

. He spends his time doing pull ups and dangling upside down. Slight damage to the door frame but completely worth it. Also, specific stretches given to him by the specialist at the hospital have really helped. You gotta stretch those muscles and tendons!)

Max has not had one full-time teacher at school for the year, thanks to illness and things. A string of part-time, sometimes, and supply teachers have been looking after his class and the kids in the class are really feeling it. Any child who wants to be a problem is finding it easy to get away with. I mentioned sweetly to the headmistress in a meeting this morning that next year, that class had better have a teacher that was sent from heaven above. Mary Poppins. Poor headmistress, I wouldn't like to have her job, at this time of year, when all dramas are coming to a head! It's a lovely school, I am sure all will be well next year. But at the moment, Max is exhausted.

With the three boys having separate woes and feeling tired and put-upon, they sometimes take it out on each other. And when you are already feeling ratty and your brother comes along and says "GET OFF MY BED!" you aren't likely to say "Ok, dearest brother."

All is not sweetness and light here.

The boys and I are really looking forward to a week's holiday next week. We ALL need a change of scenery and a new outlook. And time with my mummy!

Now. I am going to get an assignment sent, plan an attack for tonight's meeting, cook a nourishing meal, hang up the laundry, and try to remember where Margo's doctor said to go for the blood test... before my little darlings get home from school.

Grandmother Mary said…
Difficult doesn't really do this week justice! Poor Nan. Margo is in for a difficult time, too. Poor Margo. And getting through adolescence just ain't easy in the best of circumstances. Poor Chas and Sam. Here's hoping Max's next school year is more stable since not having an adult really in charge brings out the worst in the undisciplined. Poor Max. Glad you have your Mom's support right now. Love, hugs and prayers to you all.
26/05/2011, 14:54

Unknown said…
I take it you've gotten over whatever disease that was that attacked your arm. Good for you.

As for the boys - it never stops. My two oldest (ages 29 and 27 - and you met my oldest) aren't speaking to each other as they got into a fist fight this last weekend.

I just want to smack 'em.

Unknown said…
Hi Nan
You are a superwoman, and if anyone can find reserves, you can. That being said, I can’t even imagine what it must be like. Seems like so many changes are happening all at once, with everyone and everything around you. Don’t worry, change is good, and your perspective is awesome. Keep that chin up and tackle things head on as you always do. :)
Cheers,
Luna
26/05/2011, 15:57

Anonymous said…
Oh, honey, you're up to your eyeballs in it! I'm so sorry. Hugs to Max and Margo as they face these challenges. Mr. D had O-S as a middle school kid and it was rough. He still talks about how difficult it was to have to sit on the sidelines while his friends all played sports. I hope Chas gets through this fast and with his self-esteem intact. HUGE hugs to him. And you, carryign all this load.
26/05/2011, 16:13

The Mother said…
Change is a bitch.

My eldest had Osgood-Schlatter syndrome too. Had to give up Judo because of it but was ok cycling and skiing. He's over it now. Hope Chas gets over his quickly. Growing pains is what it was called when we were kids!
04/06/2011, 19:15