May 06, 2012
Hello Peeps!! I hope everyone has had a good week. Was it productive? Was it kind to the planet? Can it be both? I'm just ruminating on things today. 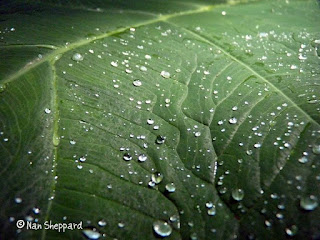 It's a quandary: When I cycle to work, and I think, "Oh, I'll pick up some groceries on the way home," I tend to get a plastic bag with them because I travel really light when I'm cycling. Obviously, I don't have my reusable bags in the boot of my bike! But, because I'm cycling I buy less because carrying home six bags of groceries on the back of my bike would be a trial. So that's good, right? Whenever I drive, I try to optimize my drive time, running car-only errands on the way home and so on. I obviously need to add small-folding reusable bags to my cycling kit.

At my temp job, I've been instigating some recycling. I've even made a cardboard box into a recycling bin, neatly labelled: "PAPER AND CARD RECYCLING". I glare at people when they chuck their paper in the regular bin. When I leave, they will probably recycle the bin and that will be that. They do recycle their printer inks and toner cartridges though, which is awesome.

When I use produce that's been packed in plastic, I can recycle the plastic easily, in this great town. But it has to be washed, using gallons of precious water... The south of England is in a drought these days. You might think "But it's always raining in Dorset," and you would be right! But It's not real wet rain: Two inches in April, the wettest April EVER. In the tropics, two inches falls in half an hour. When we were in Trinidad in December, five inches fell in a day. When you think about just how many people live in Dorset, and how many inches of rain each person needs, you begin to realise how dire the situation is.

We all want the best. We all want stuff. I really want some new clothes so that I don't look like I'm wearing hand-me-downs at work (often, I am). Luckily, I'm broke, and the boys actually grow out of theirs, so they NEED new clothes. I can wear the same stuff for ever until it falls off of me. When I invested in clothes in the past, it was good quality stuff. Expensive, but on sale. So it lasts. Max wears lots of his older brothers' hand-me-downs. That's pretty green.

There's a huge market for Green Living, have you noticed? If you decide to save the Earth, and check the internet for tips or buy a magazine for Cruelty-Free or Sustainable living, there are all of these things that you NEED to BUY right NOW!! Apparently, instead of just wearing the clothes I have, I should throw them away and buy lots of organic recycled cotton  stuff. I should throw out my cleaners and buy eco cleaners and a hundred pounds of baking soda. I need to buy a water bottle, even though I have sixteen of them in the recycling bin. Kids should have organic, wooden, bpa-free toys even though they will STILL just play with the box. Someone ought to sell organic recycled cardboard boxes for kids, they will make a fortune.

Okay, I am exaggerating. A little. But it irks me that many people, in an effort to live more gently on our planet, immediately spend a heap of money and raise their carbon footprint by a zillion percent. We CAN save the world, simply by not buying more stuff.

But it takes thought, organization and inspiration. And that is hard for a busy family, isn't it?

We've been changing our eating habits at home to 'Almost Vegetarian'. It's weird, how easy it has been for me to return to vegetarianism. I was a fairly strict vegetarian and sometime vegan for fourteen years before I got married, but started cooking and eating meat for a few reasons. Recently I had this revelation that actually, my reasons were dumb. So I stopped! I told the boys that they were welcome to fry bacon or sausages for breakfast, and have meat at school or when we went out, and they were cool with that. In an adolescent boy, eye-rolling, sarcastic kinda way. And it's pretty interesting, the boys have been eating more vegetarian food outside of the home as well, going for the less-meat option or the fish or the downright veggie. They have also become very fussy about the meat and fish they do eat. It's got to be really fresh and cooked to perfection. The bacon is sitting uneaten in the fridge, while haloumi and mushrooms disappear in a breakfast fry-up. I don't think I'll buy bacon and sausages any more. We're going Veg in this house.

So, while my attempts at green-ness may not be completely perfect, our diet and lifestyle are fairly Earth Friendly. I spend quite a lot of time thinking about it, and making small changes. There is so much every person can do, if they change a few habits.

What small changes can you make to go greener?

Anonymous said…
Those little habits really do add up. And I HATE greenwashing--when people try to sell you stuff because it's "green." It's always greener to use what you've already got! BUY LESS STUFF! GAH!
Interesting how your boys are going veg---impressive, too~
07/05/2012, 19:39

We reduce, re-use, re-cycle. I use Freegle to get rid of stuff I don't want but which is still usable.

We buy organic food whereever possible. Costs a bleeding fortune but it is so much better for the planet. Tastes better too. And we think about food-miles and try not to buy well-travelled food. Apart from fairtrade stuff like bananas and Kenyan beans, where you need to think about helping their economies as well...
Going veggie isn't necessarily better for the planet. Going organic is. Anyway, my eldest would revolt if we tried to make him vegetarian.

I rarely take carrier bags in shops - I have a cute little Liberty print vinyl bag which folds into a tiny case and lives in my handbag. You need one of those for your impromptu cycling shopping trips!
10/05/2012, 17:53