Things I Never Knew Before I Had Boys

A stick is never just a stick.

It is possible to fall out of a pool, up the stairs and into a tree. 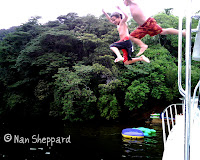 Four boys are braver than one boy.

Always open all the car windows BEFORE collecting boys from sports.

A sanitary napkin and some electrical tape make a pretty good wound dressing, in a pinch. 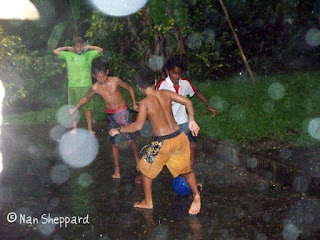 For minor head injuries, stitches may be avoided by tying the hair together.

It's never too late or too rainy.


Boys will take the fall for a buddy, even if it means getting yelled at for something they didn't do.

Cheese is everything. If there is no cheese, even if the fridge is completely full of other food, there is nothing to eat. 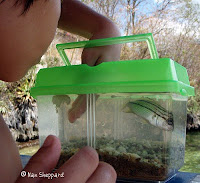 Friday evenings are busiest at A and E. It's a good idea to remind boys of this before they build that kerosene-powered spud cannon.

Three boys is a LOT more than two boys.

The more boys, the hungrier.

The faster, the better.

The louder, the cooler.

A boy can spend 45 minutes in the shower ,with the water running, smear grime on all the towels, and STILL come out dirtier and smellier than he went in...

But: You don't REALLY want to know what the boy has been doing in there all that time.

Man Flu ain't got nothing on Adolescent Boy Flu.

If they are grumpy, feed them.

Lego is the greatest toy ever invented.

The heavier the go-kart, the harder to steer or stop.

A horrendous fist-fight between best friends does not mean they are no longer best friends. 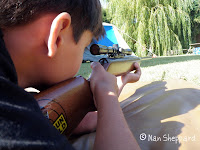 Thought before action is for doofuses.

What goes up, must come down. Hard.

If they appear to be playing really quietly together, be very afraid.

If there's just one thing EVERY little boy needs, it's a really good superhero cape. 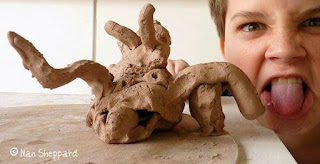 Potty humour: It's not just for preschoolers.

And finally: My boys have been known to sweetly babysit and entertain babies; clean the entire house from top to bottom; put together a delicious meal; display great kindness and empathy; sew buttons back on to shirts and put the toilet seat down. NEVER underestimate a boy.

P.S. EDITED! Sam says, "You forgot about zombies!!!!" Apparently, Chas is holding a rifle in the photo above and therefore OBVIOUSLY he is killing zombies. There you go, I just learned another thing. I wonder what else I have yet to learn?

Unknown said…
All boys know about zombies. It comes from the same store of knowledge that can turn almost anything into a gun.
16/07/2012, 14:46

aclare said…
He he.. the cheese thing is sooo true! My Husband will look in the fridge and then close it again anouncing there is no cheese. Hence there is nothing to eat! And if I forget or can't finish the dinner off with cheese then it is just not as good!
18/07/2012, 16:45

Anonymous said…
Duh! Slap to head!
Sanitary napkin plaster!
Why didn't I think of that.
Makes total sense.
Will carry on all hikes from now on.

Nan Sheppard said…
You mean they never grow out of the cheese thing?