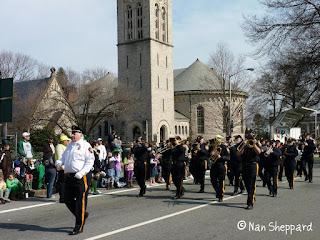 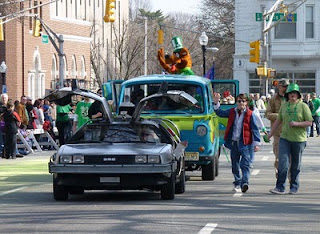 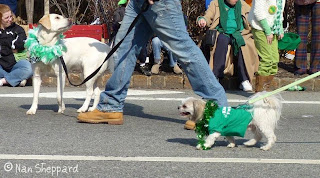 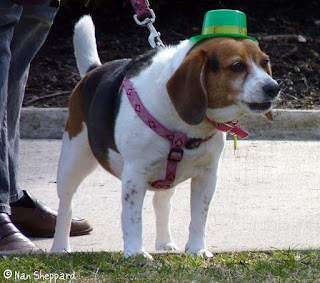 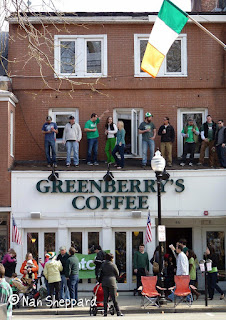 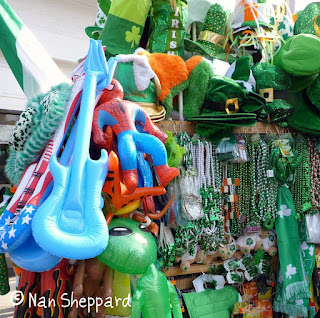 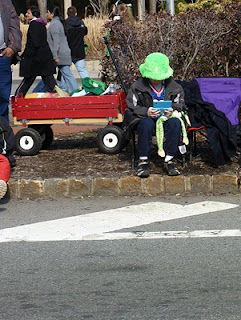 And some people were not impressed. Parade? What parade? Seriously, though, it was great fun. The bands were awesome, friendly people were everywhere. It was very well organized. And the Morristown Hyatt hotel is right in the action, with gallons of Guinness being guzzled downstairs as we speak.
St. Patrick defeated the Druids in a display of faith over magic, bringing Christianity to Ireland. He is NOT the Patron Saint of Drunks, as certain people would like to believe. He 'plucked a shamrock', or clover, from the sward, and taught the assembled chieftains of Erin the story of the Holy Trinity using the three leaves, hence the shamrock. Imagine, I never knew this before (I just looked it up on Wikipedia, because when we said "Who was St Patrick, anyway?" No-one knew). I hang my O'Connor head in shame!
holidays Morristown St Patricks Day Parade travel

Islandgirl said…
And isn't he credited with driving all of the snakes out of Ireland?? Chas wouldn't be happy there at all!

Anonymous said…
It's a little embarrassing how we Americans carry on over this holiday, that's not really a holiday. It helps us bridge the gap between Valentine's Day and Easter, I guess.
14/03/2011, 14:26